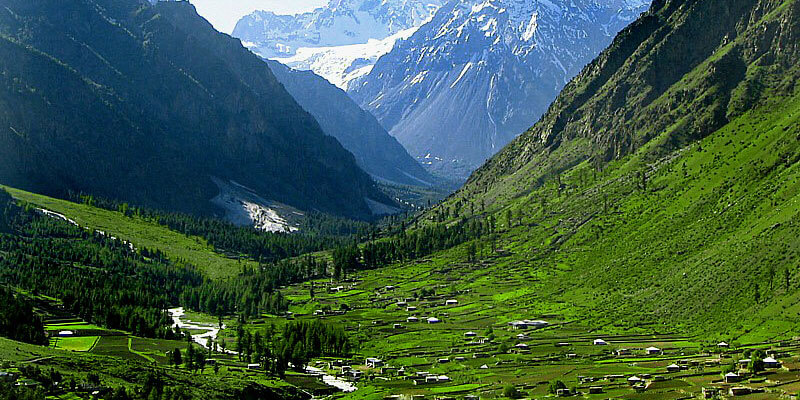 The continent of Asia offers immense diversity in terms of geographical features, historical landmarks, cultural colors and ethnicities. There are numerous attractions for people belonging to the rest of the world. Discussed below are the good holiday destinations in Asia for those who want to take a trip to the largest continent of the world.

The Northern Areas of Pakistan

Those who love snow clad mountains, flowing rivers, green valleys and pristine natural beauty should pack their bags for a tour to the Northern Areas of Pakistan. Following are the places worth a visit.

Located at the north of Muzaffarabad in Azad Kashmir, the Neelum Valley is a spectacular, bow-shaped valley full of lush green beauty. It runs for 144 kilometers through the Lesser Himalayas. It is, therefore, surrounded by hills along with fresh forests. Other breathtaking attractions come in the form of the roaring Neelum river and several small streams. 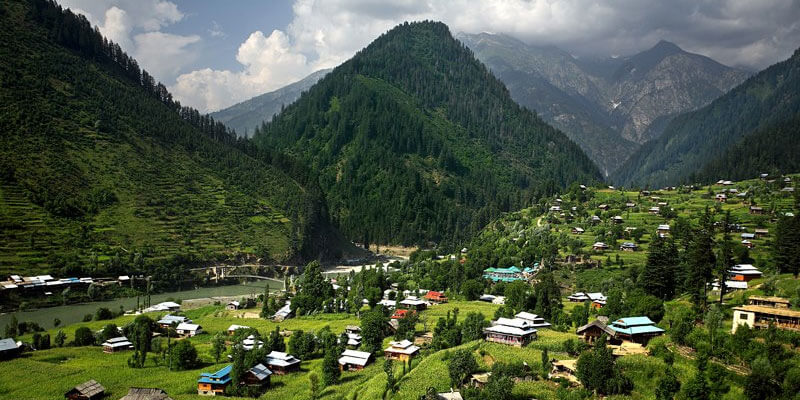 The locals call it “Mini Switzerland”. The Sawat Valley is, indeed, one of the most spectacular places in Pakistan. It is situated in the province of Khyber Pakhtunkhwa and offers multiple tourist attractions. Lakes, green forests and a ski resort make the place popular among foreign visitors.

Situated in Gilgit-Baltistan, Hunza is a beautiful mountainous valley. Located at the north west of the Hunza River, the valley offers breathtaking sites for tourists. 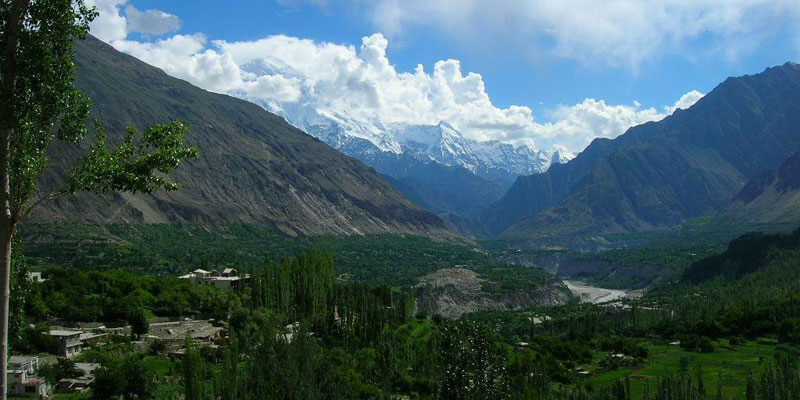 Located in Chitral District, the Kalash valley is a historically important region of Pakistan. Apart from offering spectacular scenic beauty, the valley has attractions for those interested in the fascinating culture of the Kalash people. They are descendants of an ancient Greek civilization who still live according to their own customs. Tourists find their villages, homes and culture to be very interesting. 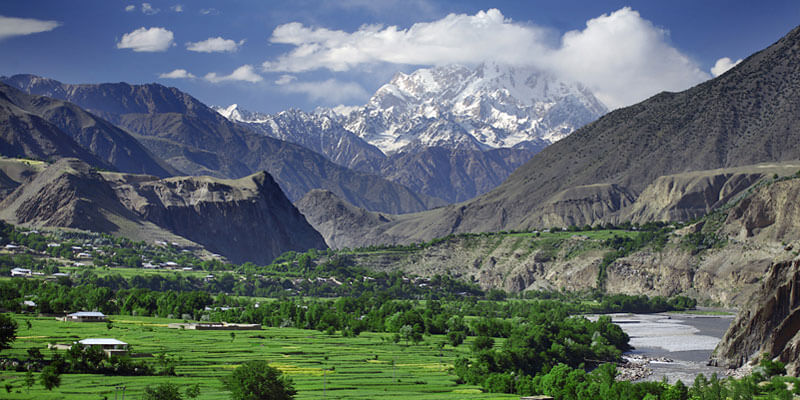 China is famous for housing one of the oldest civilizations of the world. Relics of these historically important civilizations have been preserved which serve as tourist attractions. The following fascinating places must be visited during a trip to China.

The Giant Buddha of Leshan is one of the most amazing historical landmarks in the entire world. It is a huge statue which has been carved out of a cliff. The carving of the statue began in 713 AD and it took thousands of sculptors to complete it in 803 AD. Thousands of tourists visit Sichuan to view this marvelous structure which stands 71 meters tall. 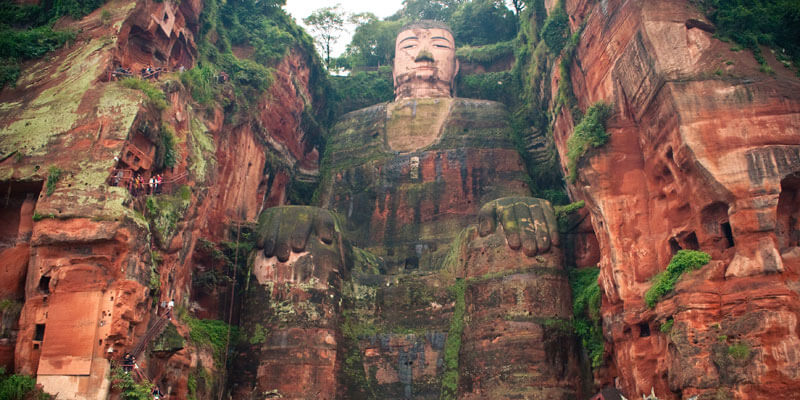 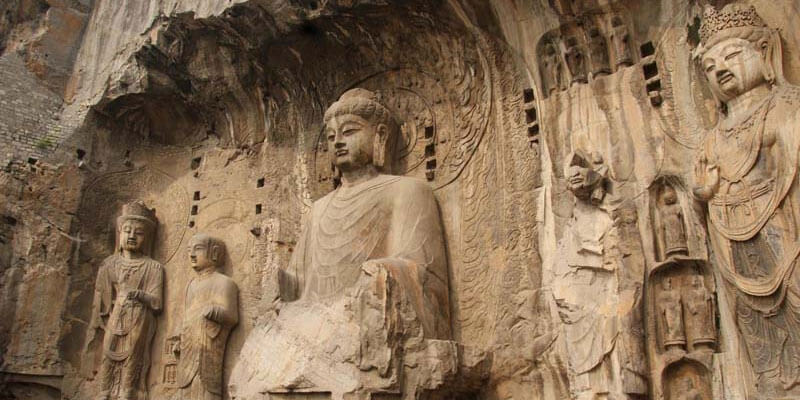 The Terracotta Army consists of terracotta sculptures which depict the massive army of the first Emperor of China – Qin Shi Huang. A large number of tourists visit Xian to have a look at this marvelous army. There were three pits containing the statues of more than eight thousand soldiers, a hundred and thirty chariots and over five hundred horses. 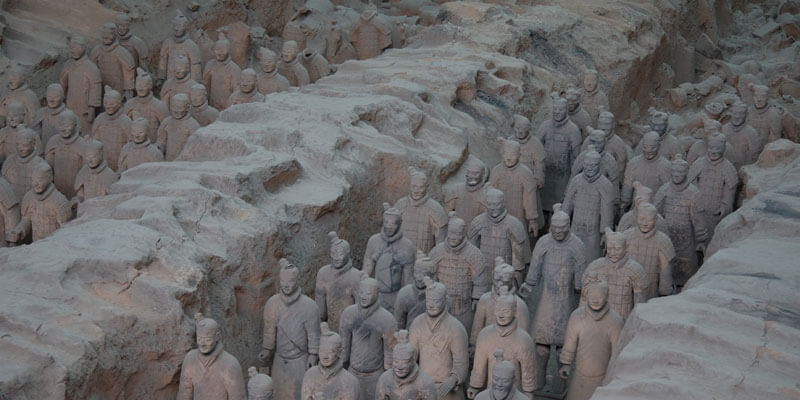 China’s Forbidden City is a palace complex which is the largest palace in the world. It is located in Beijing and covers an area of seventy-two hectares. The construction of the palace began in 1402 and was completed in eighteen years. The complex consists of over eight thousand rooms which are surrounded by moat six meters in depth and a wall ten meters in height. The palace complex has been home to 24 Chinese emperors. Today, it serves as one of the good holiday destinations in the country in the form of a museum. 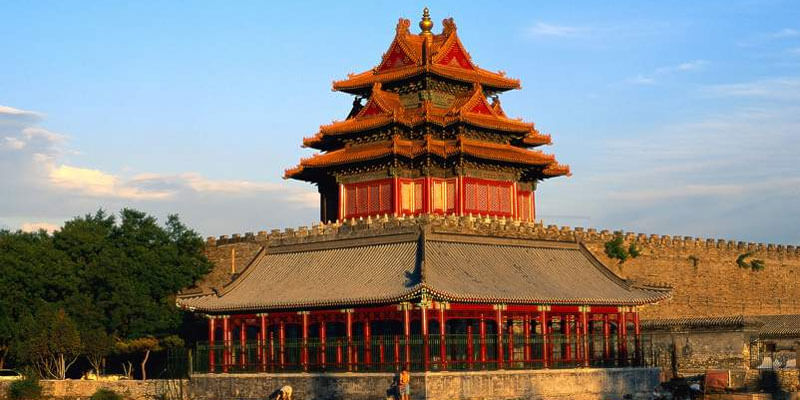 The islands of Indonesia offer immense natural beauty for tourists. The following places serve as the good holiday destinations in Asia.

The beautiful Lake Toba is a spectacular water body on the island of Sumatra. It is a volcanic lake formed over seventy thousand years back. With a length of a hundred kilometers and a width of thirty kilometers, Lake Toba stands as the world’s largest resurgent caldera. It is also famous as a “lake on an island which is within a lake on an island”. The Pulau Samosir Island is situated within an island and is the largest of its kind. 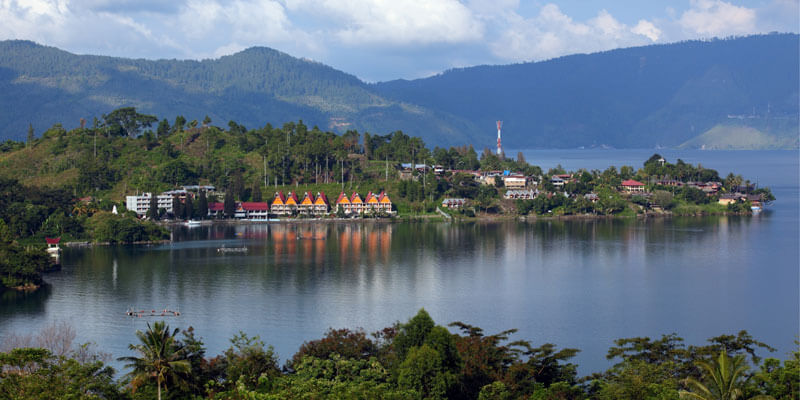 Located in East Java, Gunung Bromo is an active volcano reaching a height of 2,329 meters. The crater of the volcano frequently gives off white smoke while fine volcanic sand surrounds it. The sand is deemed the “Sea of Sand” and creates an unearthly, spectacular view. It is one of the most visited sites in Indonesia. 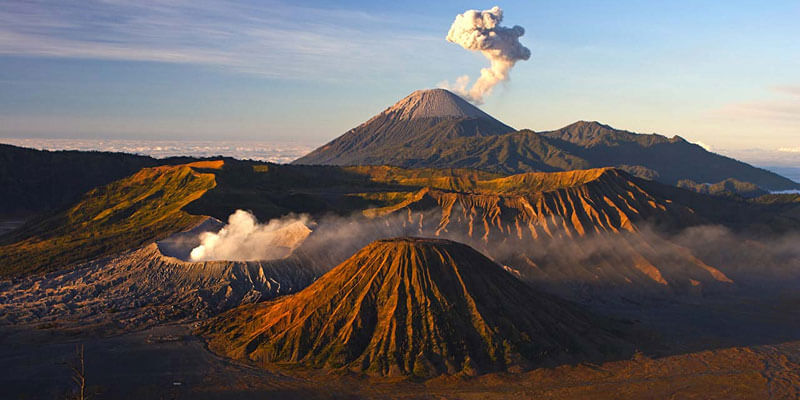 The Bali Island is one of the most popular tourist attractions on the Indonesian archipelago. It offers sunny beaches, exotic wildlife, breathtakingly high volcanoes and a colorful culture. Some of the most popular beaches on the island are the Sanur Beach, Nusa Dua, Denpasar and Kuta Beach. 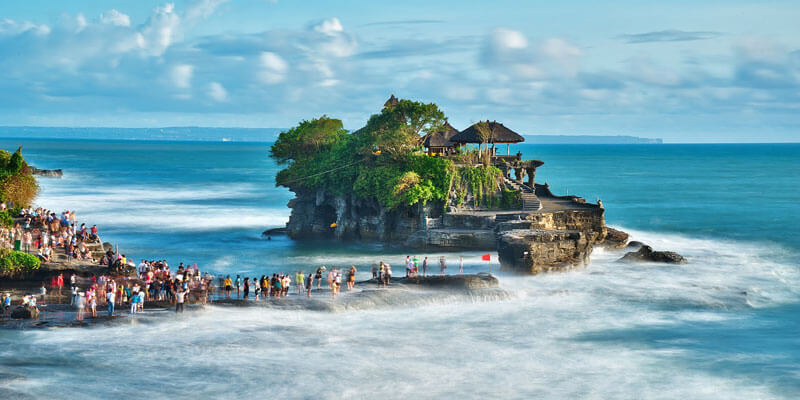 The Bunaken Island is located at the north of Sulawesi Island in Indonesia. It consists of the Bunaken National Marine Park which serves as good holiday destinations. Tourists can enjoy underwater life and explore the island. 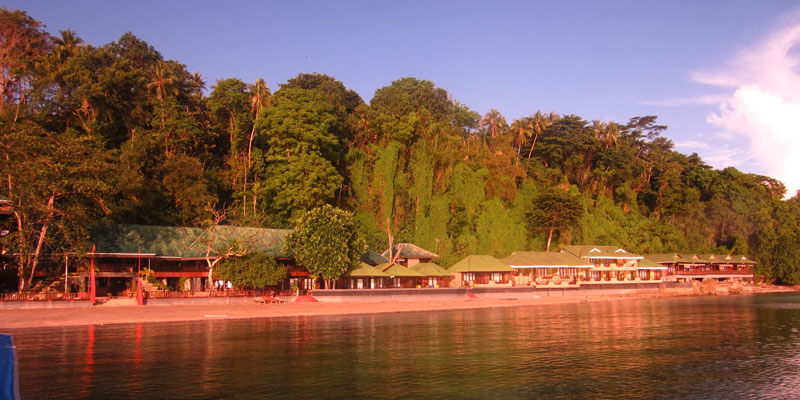 India, the second most populous country on the Earth, is house to numerous ethnic groups. A large diversity of cultural practices is observed in different parts of the country. The fascinating culture of India can be enjoyed through various tourist attractions.

A relic of the Mughal Empire, Taj Mahal is one of the most popular historical structures in the entire world. The beautiful building is on the list of the Seven Wonders of the World and reflects Muslim architecture. It was built on the orders of Emperor Shahjahan who was the fifth Mughal King. He erected the building in the memory of his wife, Mumtaz Begum. Taj Mahal is, therefore, deemed a symbol of love. 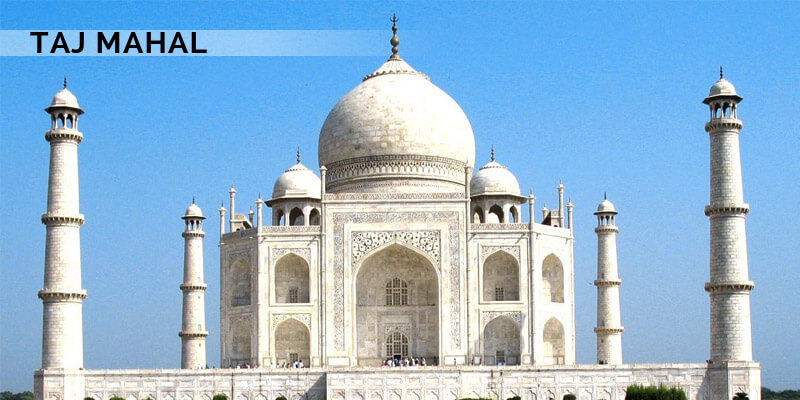 Kerala Backwaters consist of a chain of lagoons as well as lakes which lie parallel to the coast of the Arabian Sea in the state of Kerala. The waters are house to a diversity of aquatic animals. In addition, tourists can also enjoy a houseboat ride and observe the culture of Kerala during their stay. 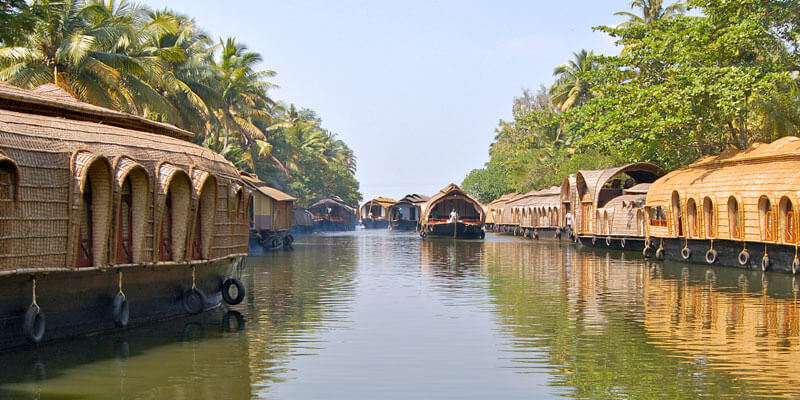 Harmandir Sahib – the Golden Temple – is one of the most famous historical and cultural landmarks of India. Located in Amritsar, the temple is sacred to Sikhs. The temple was constructed in the sixteenth century by Guru Ramdas. Three centuries later, Maharaja Ranjit Singh ordered to cover the temple’s upper floors with gold. Today, the building is visited by thousands of religious devotees as well as tourists. 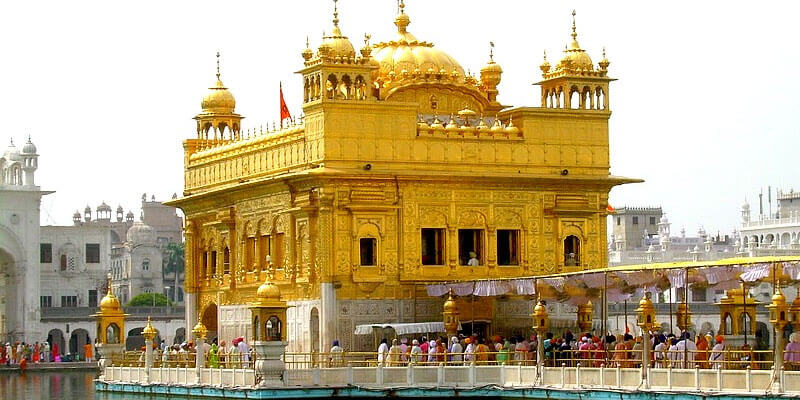 A small shrine built in the seventh century expanded into an entire temple complex by the Vijayanagara rulers. The Virupaksha Temple is located in Hampi city. It has been serving as a functioning Hindu temple since the time of its construction to the present day. 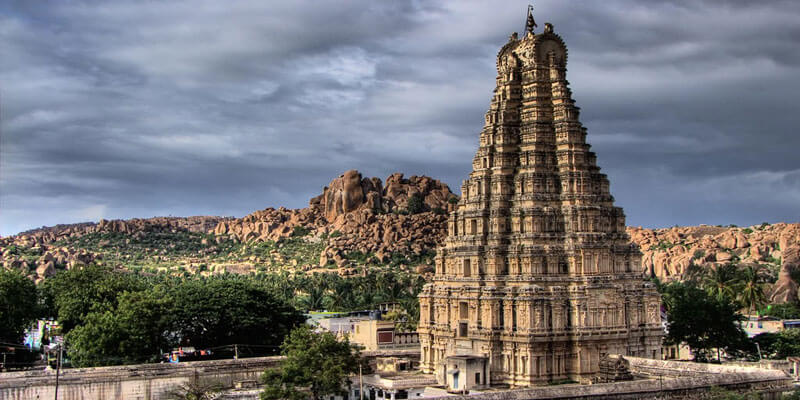 Singapore is one of the good holiday destinations in Asia owing to a number of breathtaking sites. Tourists can enjoy visiting the following places in the country.

A giant Ferris Wheel, the Singapore Flyer, gives tourists spectacular views as they enjoy a fun-filled ride. It was built in 2008 and reaches up to 165 meters in height. It is located at the Marina Bay. The terminal of the floor consists of three floors where tourists can enjoy eating at restaurants or shopping. 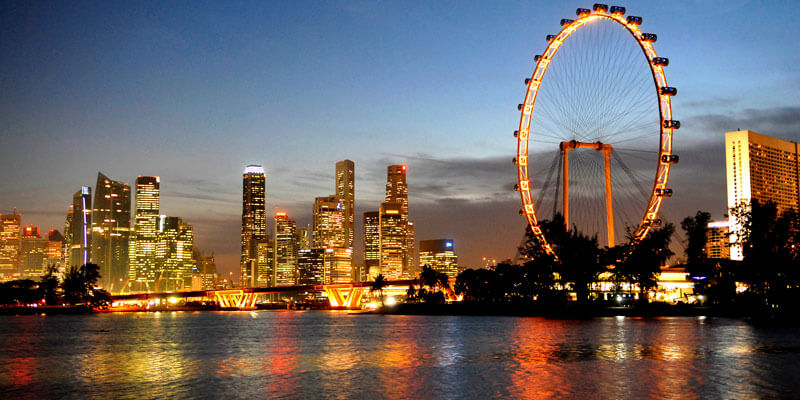 Gardens by the Bay

Gardens by the Bay consist of three gardens built on central Singapore on land that has been reclaimed. Each garden offers beautiful tropical plants and a relaxing day out with the family. 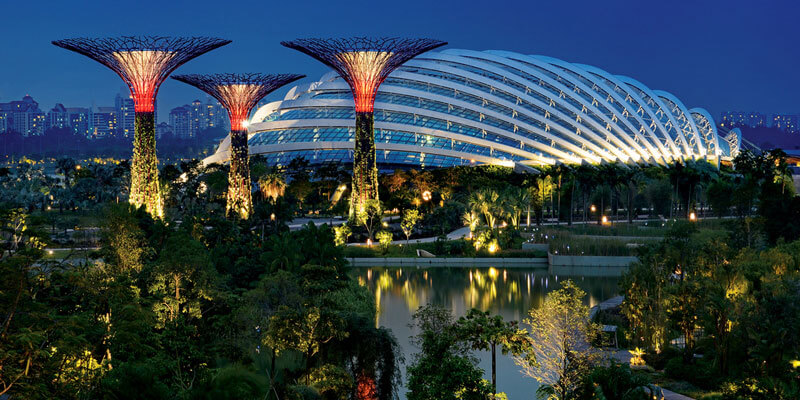 One of the most popular attractions in Singapore, the Clarke Quay is located at the mouth of the Singapore River. It has significant historic importance. In the nineteenth century, it served as the center of activity related to commerce. Today, Clarke Quay offers trendy eating outlets, high-end boutiques, pushcart vendors as well as stylish nightspots. 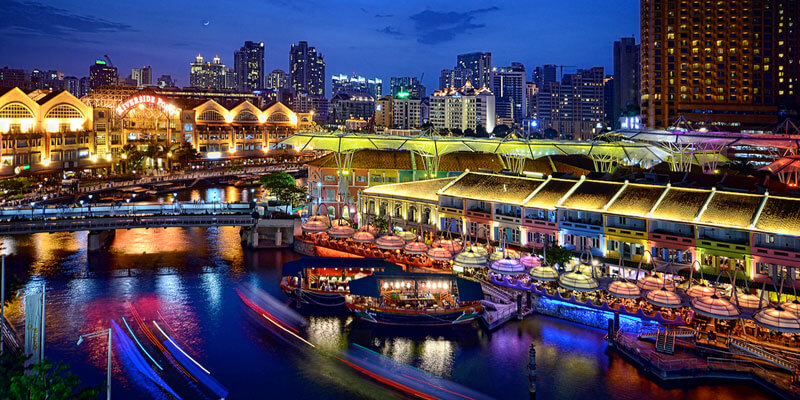 Turkey is a beautiful country with several historical landmarks and cultural heritage points. Foreigners visiting the country should make a trip to the following places.

A museum located in Istanbul, AyaSofya is an immensely beautiful building. The structure is a relic of Byzantine glory. The exterior as well as the interior of AyaSofya is breathtaking. 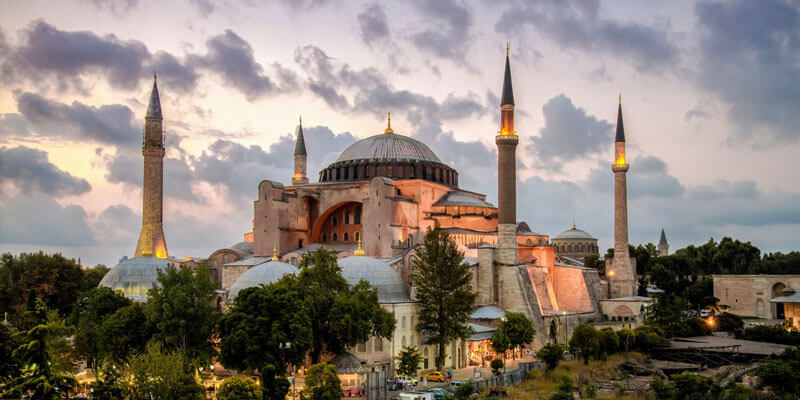 Built during the reign of Sultan Ahmed in the seventeenth century, the Blue Mosque is another one of the good holiday destinations in Asia. The beautiful building still functions as a mosque. The mosque exhibits breathtaking Muslim architecture while its surrounding garden adds to its exterior beauty. At the interior, the building’s ceiling consists of twenty thousand blue tiles which give the mosque its popular name. 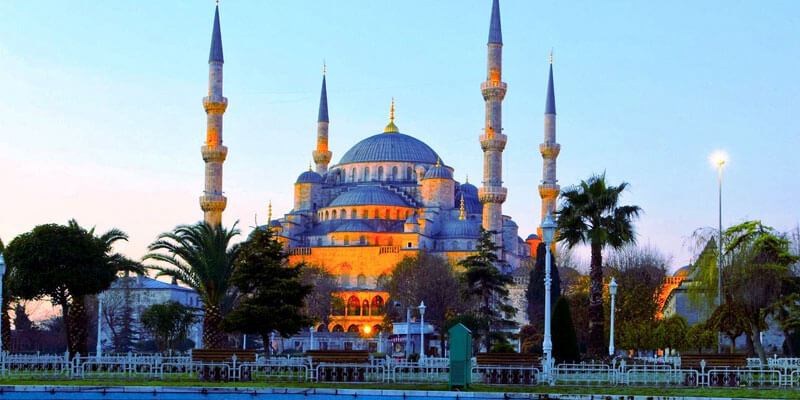 The Bodrum Castle is located in southwest Turkey. It was built as the castle of St. Peter by the Crusaders. Constructed in the fifteenth century, it is one of the best preserved historical structures in the world. Today, it functions as a museum and is a popular tourist attraction. 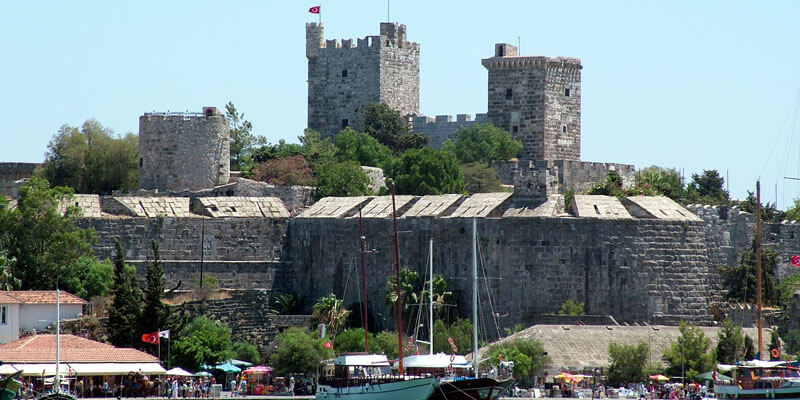 Asian countries are full of tourist attractions. Foreigners visiting from other parts of the world can find numerous natural as well as man-made attractions worth viewing. 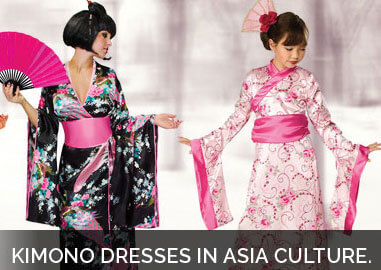