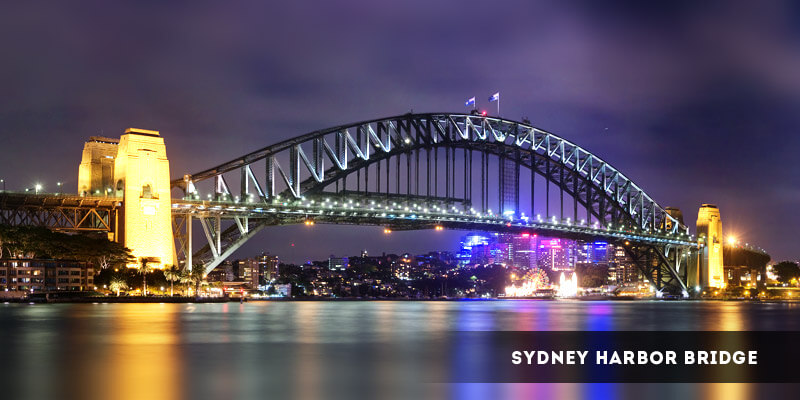 Australia – the smallest continent and the largest country on the planet – is full of wonderful attractions for tourists. From ancient natural landmarks to spectacular modern architecture, the region offers a wide range of fascinating places to visit. Tourists can indulge in adventure, be close to nature or tour the country’s breathtaking buildings. A large number of places in Australia are on the list of UNESCO’s World Heritage Sites. This makes the continent more interesting for tourists from all over the world.

The following discussion provides information about some of the most enchanting places to visit in Australia.

One of Australia’s oldest and most famous tourist attractions is the Sydney Opera House. Apart from its spectacular architecture, the Opera House offers an array of entertainment options to visitors. The building houses a concert hall, a cinema, studios, exhibition rooms, theaters as well as restaurants. When seen from a distance, onlookers can enjoy a breathtaking view which encompasses the building shaped like billowing sales which is surrounded by water on three sides and the Royal Botanic Gardens on the fourth. Indeed, it is one of the must-visit places on the continent. Being among the greatest architectural icons in the world, the Sydney Opera House is one of UNESCO’s World Heritage Sites. 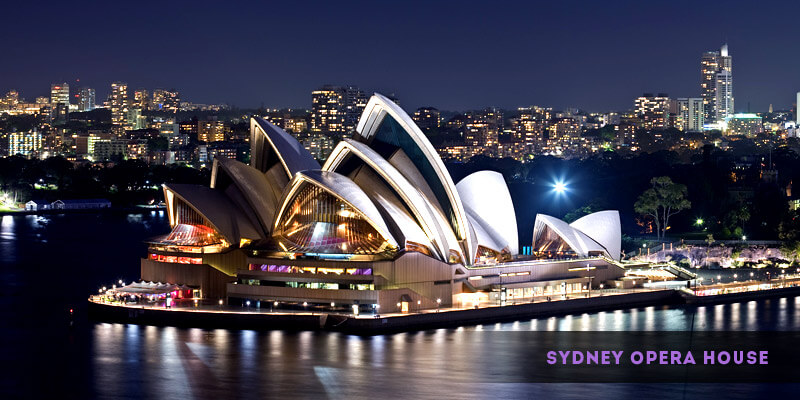 Another famous World Heritage Site, the Daintree National Park houses one of the oldest ecosystems of the planet. It is located in Far North Queensland. The region is native to the Eastern Kuku Yalanji Aborigines. The most spectacular feature of the park is the meeting of two of the greatest ecosystems of the earth at Cape Tribulation where the rainforest converges with the reef along the sandy beach of the Coral Sea. On the other hand, another breathtaking part of the park is Mossman Gorge where beautiful clear waters splash over the surface of granite boulders. The Daintree National Park is home to a huge variety of life including over 18,000 species of plants and numerous animal species. 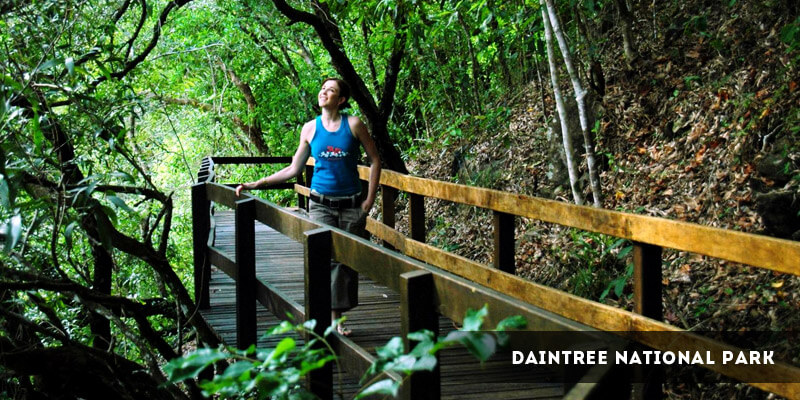 Located in the middle of the Great Barrier Reef is an array of seventy-four spectacular islands known as the Whitsunday Islands. The place is a retreat for tourists looking for a relaxing vacations marked by exciting activities like snorkeling or scuba diving. Among the most breathtaking Whitsunday Islands is the Whitehaven Beach which is marked by pure white sands. Seven of the islands in the region house luxurious resorts which are frequently visited by popular celebrities and other wealthy and famous folks. 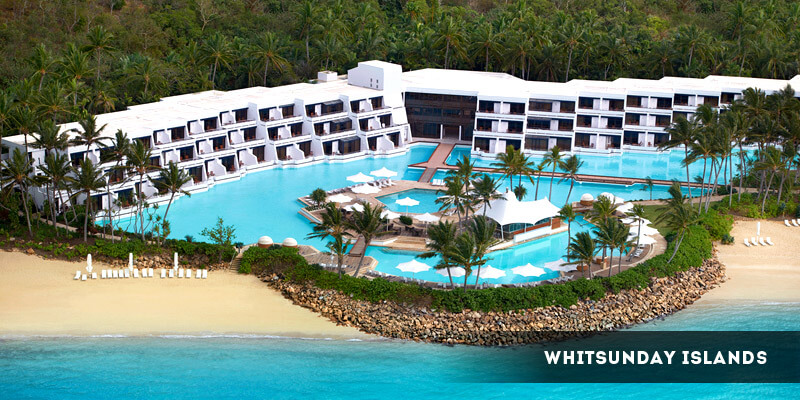 The 244 kilometre highway is the road that connects Erldunda to Yulara, passing through the historic town of Uluru, and is one that should be on everyone’s bucket list. Lasseter Highway passes by some impressive landscapes whilst giving you a true taste of Australia’s red centre. If travelling by two-wheel drive car, make sure you get your car serviced. 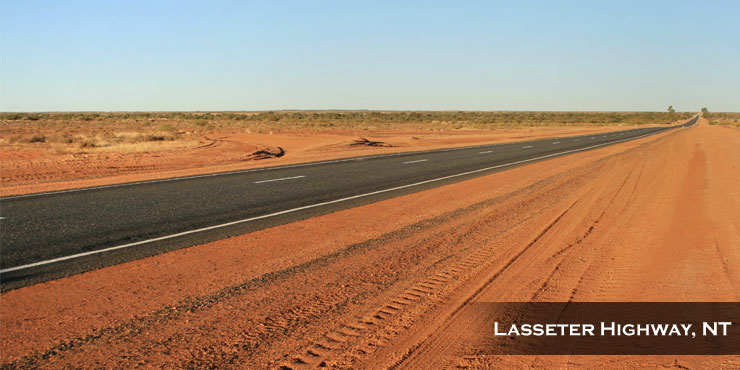 The Outback can be dangerous, if you break down. The roads are very long, and it’s also best completed staying on the formed roads, although if you have access to a four wheel drive, the Lasseter Highway passes a number of great spots to head off road.

Another of the famous places to visit in Australia is the Sydney Harbor Bridge since it is one of the most popular icons on the continent. Constructed in 1932, the bridge rises to a height of 134 meters above the Sydney harbor and extends to a length of 500 meters. It connects the north shore of Sydney to the central business district. In addition to offering a path to pedestrians, the magnificent bridge also houses two railway lines and eight lanes for general road traffic. The Sydney Harbor Bridge is also popularly known as the Coathanger. It boasts of the title of the world’s largest steel arch bridge. Climbing to the top of the harbor, the bridge offers an immensely breathtaking view of the harbor and the city.

The world’s largest coral reef system – known as the Great Barrier Reef – is the earth’s largest living structure. Stretching over a distance of more than 2,300 kilometers, the Great Barrier Reef is also visible from space. It consists of more than 900 islands and around 2,900 reefs. A marine park was established in 1975 with the purpose of providing protection to the delicate ecosystem of the region. The park covers around 600 islands, 300 coral cays and over 3,000 coral reefs. Located on the continent’s east cost, this spectacular structure is deemed as one of the planet’s seven natural wonders. For tourists and nature lovers, underwater viewing stations have been established in addition to glass bottom boats. More adventurous visitors can also indulge in snorkeling and deep sea diving. 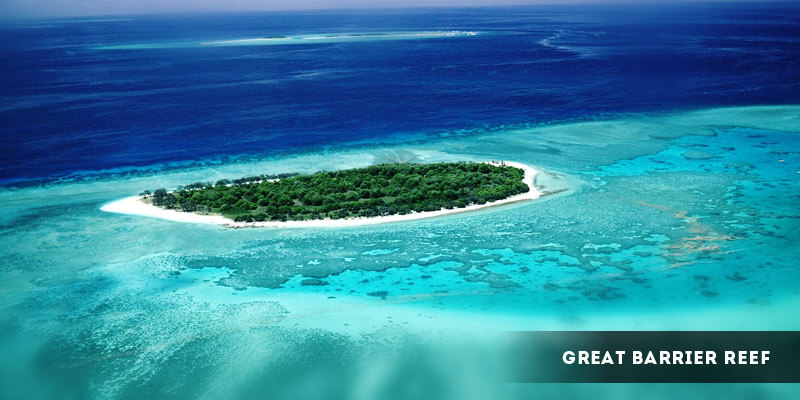 Among the most famous places to visit in Australia is the Blue Mountains National Park. It is located in New South Wales in the eastern part of the continent. The beautiful park stretches across an area of 662,130 acres. It is on the list of UNESCO’s World Heritage Sites. The main attractions in the region include majestic gorges, spectacular waterfalls and ancient aboriginal rock paintings. There is also a 140 kilometer stretch of hiking trails for tourists. Among the most remarkable features of the park are the Three Sisters – formations of lofty sandstone rock. Tourists who love adventure are in for a treat since various exciting activities are offered in the Blue Mountains National Park. These include hiking, rock climbing, horseback riding, abseiling and mountain biking. 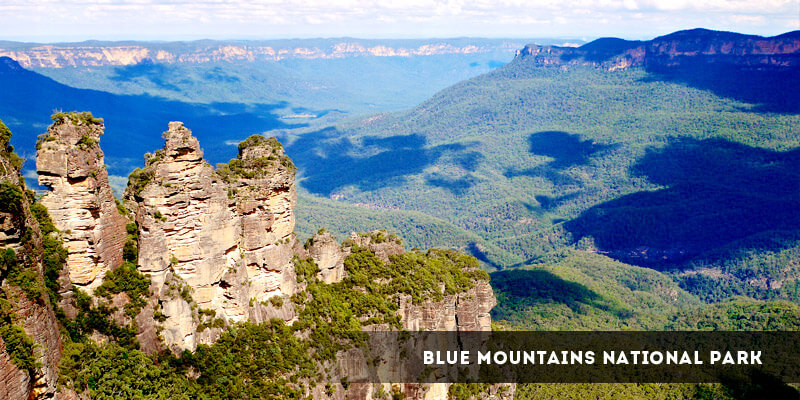 Located between Bundaberg and Brisbane is the planet’s largest sand island – the Fraser Island. Tourists can enjoy a four-wheel drive adventure and indulge in the spectacular view of freshwater creeks and crystal clear lakes. Ancient rainforests add to the charm of the region with an astounding diversity of organisms. Among the most fascinating creatures prowling the waters are dolphins, whales and sharks with over 3,000 bird species flying around in the region. Getting to the island is an exciting adventure on its own since it consists of a ferry boat ride from Hervey Bay. 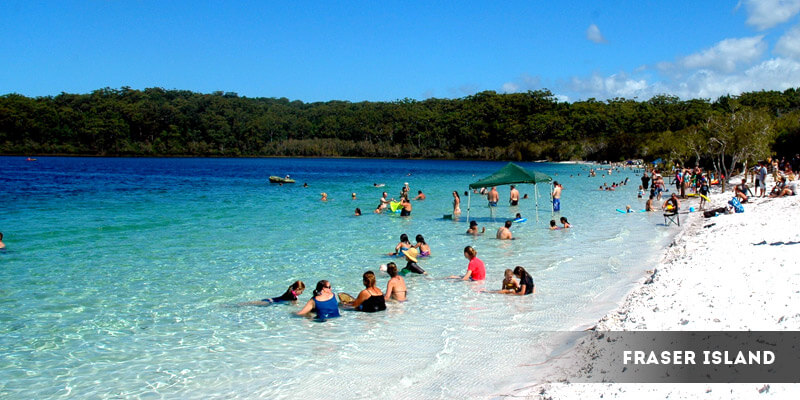 Apart from the places discussed above, Australia offers a large number of other attractions. Beaches, national parks as well as ancient and modern architecture of the country make it one of the top tourist attractions on the globe. 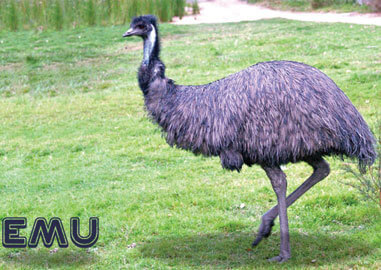 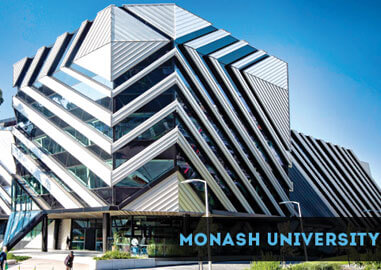 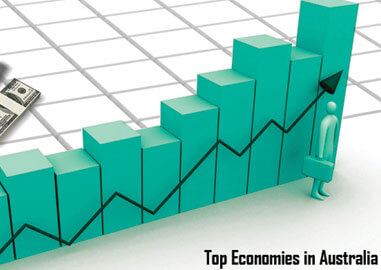