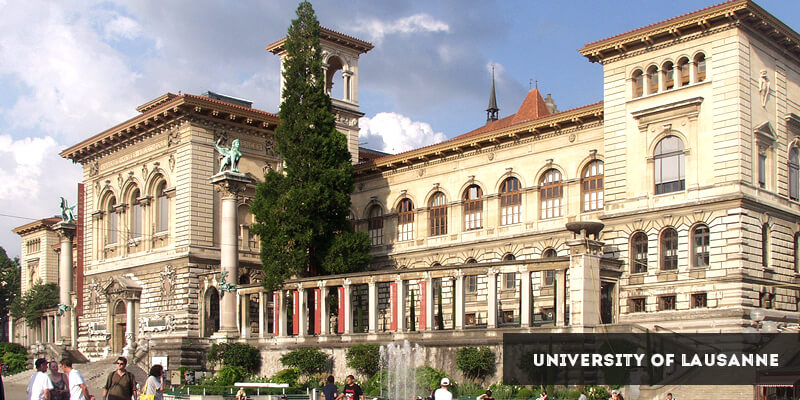 European countries are famous for producing some of the finest graduates, post-graduates and professionals through a number of reputable universities. Students from different parts of the world contend for a seat in one of these renowned institutes for higher education. Discussed below are the 17 top European universities. All ratings provided are according to the QS World University Rankings for 20014-10015. 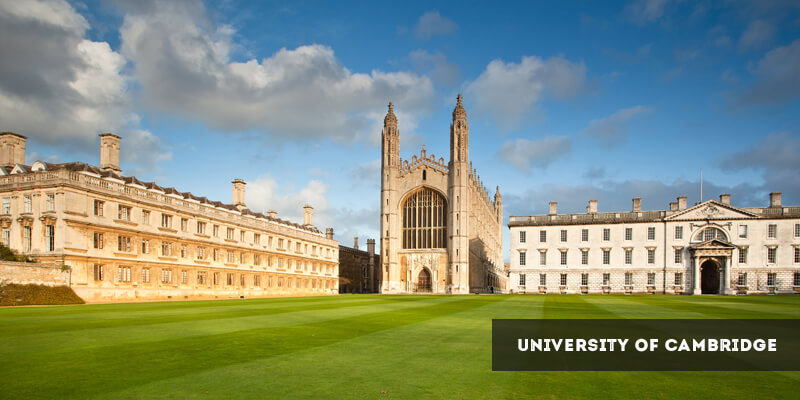 The Oxford University is the oldest institute for higher education in the English speaking world. It was founded more than 900 years ago in 1096. Today, it ranks as the world’s fifth best university and stands among the top three universities of Europe. 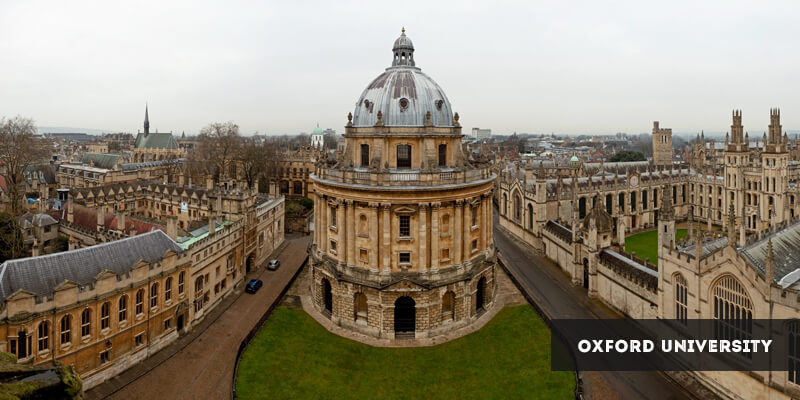 The institute was founded in 1826. In ranking, it stands right beside the University of Oxford as the world’s fifth best university. There are various departments and research facilities for the enrolled students. 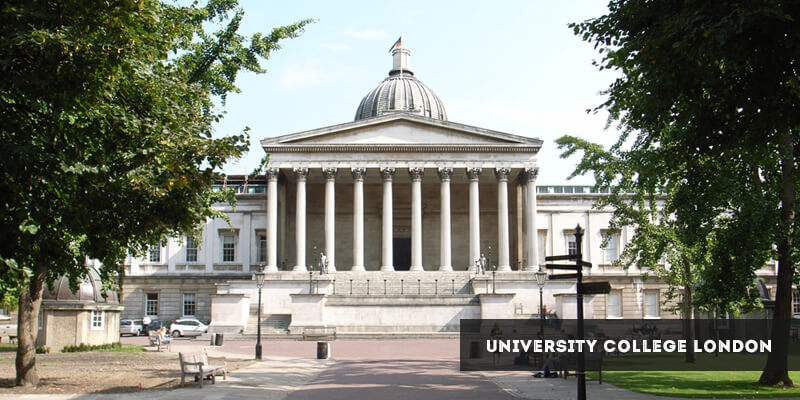 King’s College London is a constituent college of the federal institute, the University of London. It was established in 1829. There are several campuses with various academic programs offered to students. The institute has earned the 6th place among the ten top European universities. 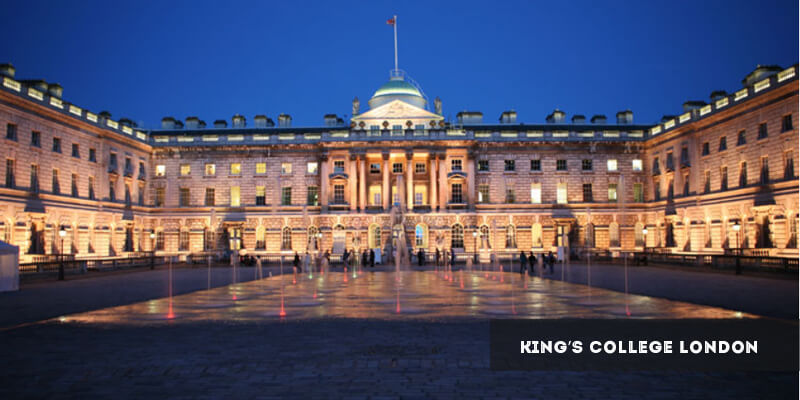 Germany has maintained a worldwide reputation for being home to a large number of internationally renowned universities. Students from around the world choose Germany for higher studies abroad. There are forty-two universities in the country which have earned a place in the overall world rankings for universities. In addition, Germany’s top university ranks as the 49th best in the world. The country also offers free education at the undergraduate level with effect from September 2014.

Here is a list of the best universities in Germany.

Also known as the Heidelberg University, the institute was established in 1386 and is, therefore, the oldest university in Germany and the fifth oldest in the entire Central Europe. It holds the rank of the best German university. There are twelve faculties. Students can choose from a hundred different disciplines for undergraduate, graduate and postgraduate programs. 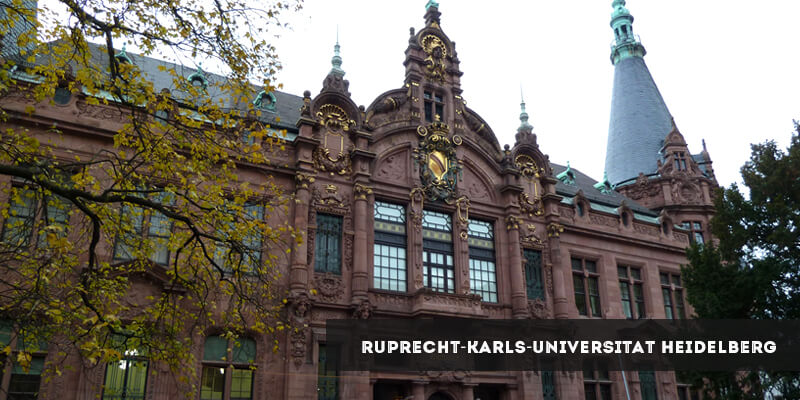 One of the oldest institutes in Europe, the University was founded in 1472. It stands as one of the most renowned universities of the continent since the nineteenth century. The institute has produced 34 Nobel laureates, thereby ranking 13th among the universities of the world based on the number of laureates. As far as the student population is concerned, the University of Munich is the second largest in the country. It consists of eighteen different faculties, including law, medicine, languages and literature, social sciences, mathematics, the study of culture and other humanities as well as science subjects. It is the 16th best university in the continent. 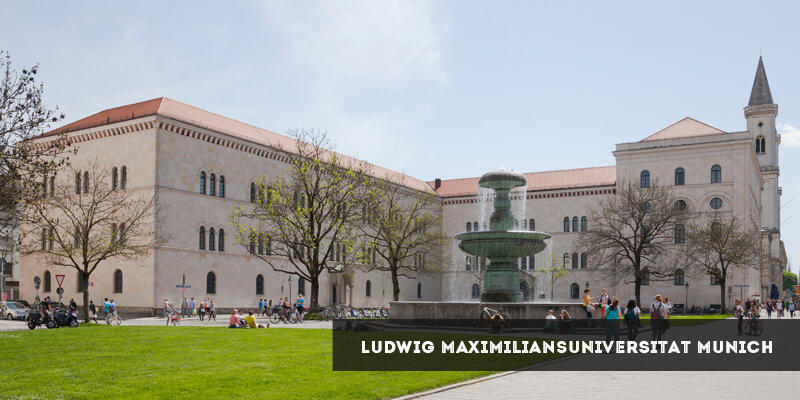 TUM is one of the most prestigious German universities. It was established in 1868 and has three campuses today which are located in Munich, Freising-Weihenstephan and Garching. The institute holds the honor of producing thirteen Nobel laureates. It is among the top 55 universities of the world and stands as the 17th best in the entire Europe. 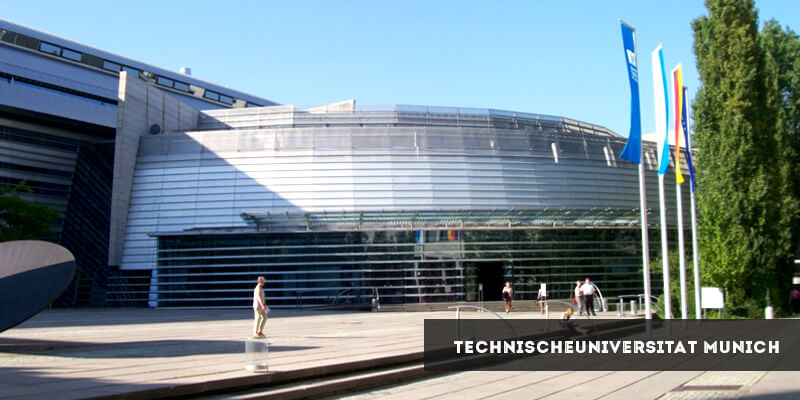 Belgian chocolate and beer have earned the country worldwide fame. On the other hand, its education sector is also flourishing, with seven of the world’s top 300 institutes for higher education located in Belgium. Information about some of the best universities of the region is provided below.

Also known as KU Leuven, the university was established back in 1425 as the Catholic University of Leuven. However, during the Napoleonic period, the institute was closes in the late eighteenth century. It was then re-established in 1834. The original Catholic University of Leuven was split into Dutch-speaking and French-speaking institutes in 1970. It is the oldest university teaching catholic theology. Today there are fifteen faculties with a plethora of disciplines for students seeking Bachelor’s, Master’s or Advanced Master’s degrees. The overall ranking of the university places it at the 31st place in Europe and the 82nd place in the entire world. 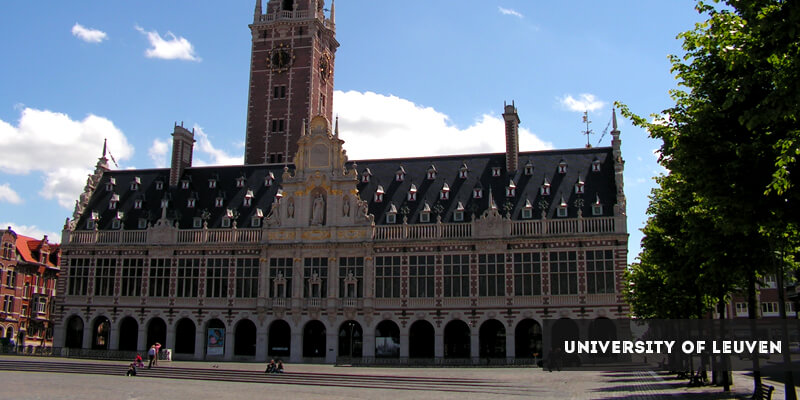 It is a Dutch-speaking institute located in Ghent. The university was founded in 1817 and ranks as the 56th best European university today. In the world, it is among the top 130 universities. Time Higher Education ranked the Ghent University as the 90th best in the world in 2014. There are 11 faculties with more than a hundred departments. 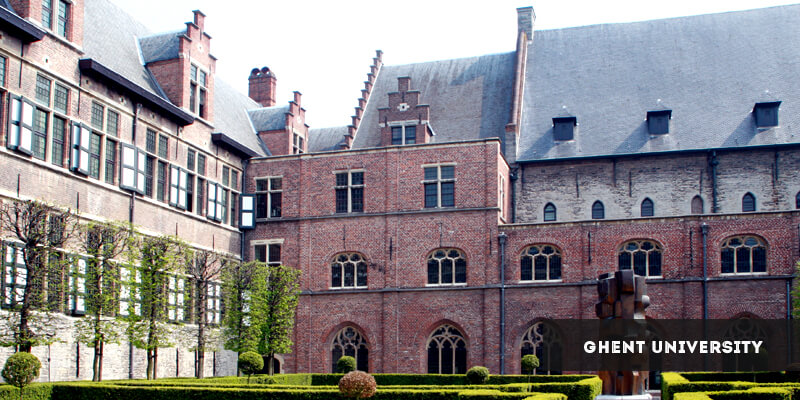 It is the largest Frech-speaking institute in the country. Originally founded in 1425, the present-day university was established quite recently in 1968. There are fifteen faculties which are further divided into various departments. It holds the 67th place among the top European universities ranking as the 154th best institute for higher education in the world. 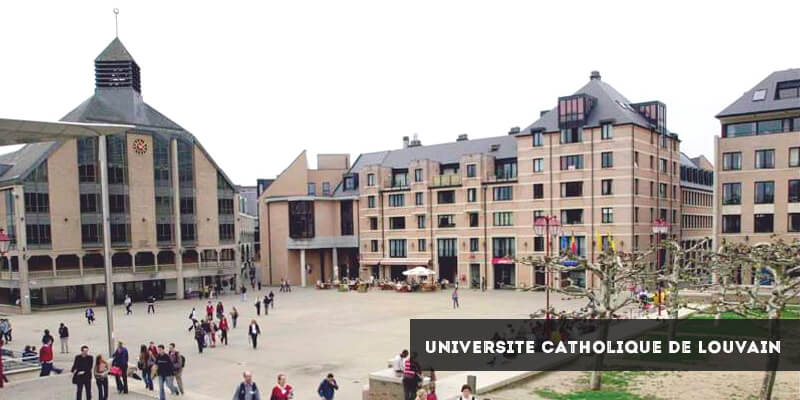 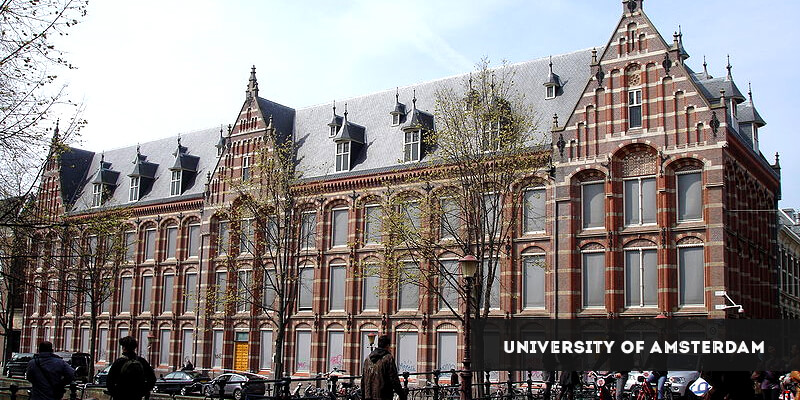 This Dutch university, established in the sixteenth century, is the oldest in Netherlands. Being founded by William, Prince of Orange, the university is closely associated with the Dutch Royal Family. Among the most prestigious former students of the institute are Queen Juliana and King Willem Alexander. Today, the Leiden University has a position among the top 100 universities of the world, securing the 75th position in the list. On the other hand, among the universities of Europe, it ranks as the 27th best. 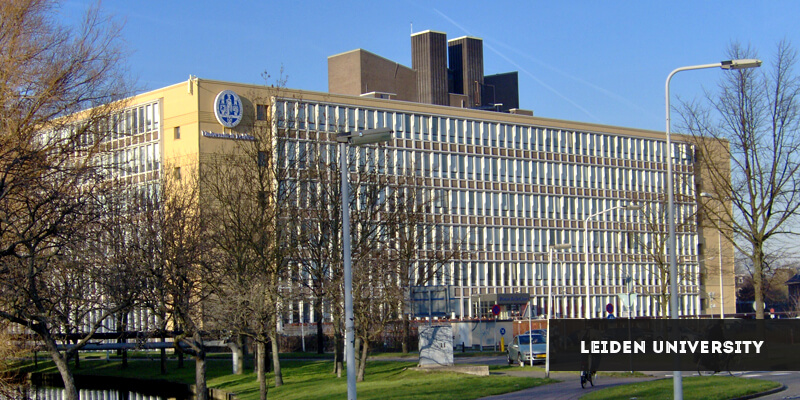 It is one of the oldest as well as the largest technical universities in the Dutch-speaking world. The university was established in 1842 with rapid expansion in its research and education curriculum over the coming years. Today, there are eight faculties and a large number of research facilities. The Delft University ranks as the 33rd best in Europe with 86th place among the top universities around the globe. 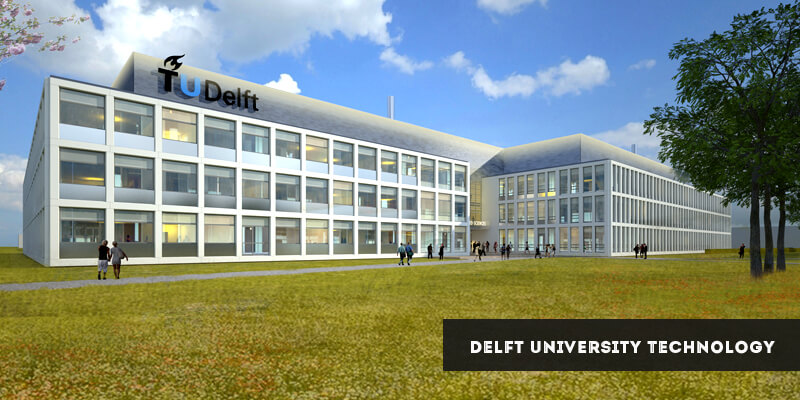 Switzerland stands along the United States, Canada and the United Kingdom for having the most well-developed education sector in the country. Two of the top twenty universities of the world are located in Switzerland. In addition, it houses eight internationally ranked institutes for higher studies which have a prestigious place among the 100 best universities of the world.

A few of the top Swiss universities are discussed below:

ETH Zurich is located in the Zurich City. It was founded in 1855 and offers various disciplines today. The university is renowned for its engineering, science, management, technology and mathematics departments. It is among the top 5 universities of Europe and holds the 12th rank among the world’s best higher education institutes. 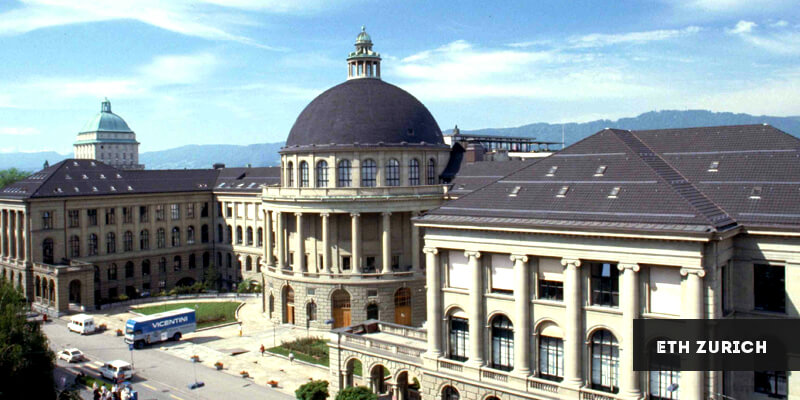 Also known as the Swiss Institute of Technology in Lausanne, the university was established in 1969. It specializes in the disciplines of science, technology and engineering. It has been consistently holding a place among the world’s top institutes for technology as well as natural and life sciences. It is the seventh best university in Europe and the 17th best in the world. 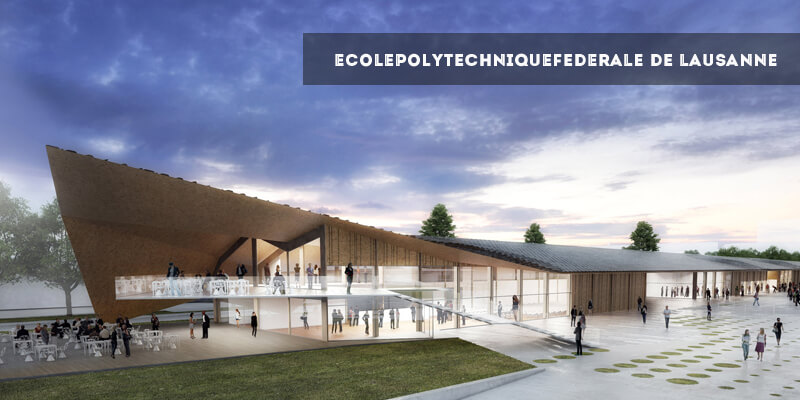 This public research university was established in 1559 in Geneva. Based on the number of enrolled students, the University of Geneva is the second largest in Switzerland. It consists of various faculties including law, theology, sciences, medicine and humanities. Today, it is ranked as the 32nd best university in Europe and the 85th best in the world. 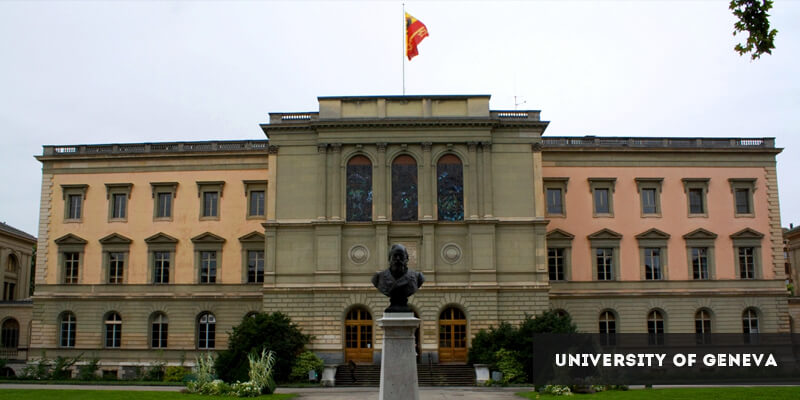 Ranking as the 43rd best higher education institute among the top European universities, the University of Lausanne was established back in 1537. It is one of the world’s most prestigious universities with over 13,000 students and more than 2,000 researchers studying and undergoing research projects, respectively, at the institute. There are seven faculties and four schools. The world ranking of the University of Lausanne is 105.

Apart from the above mentioned sports, the Europeans enjoy a variety of other games both on the national as well as international level. These include rugby, hockey, volleyball and basketball. 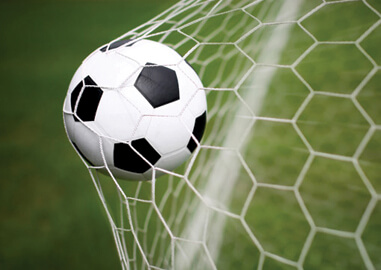 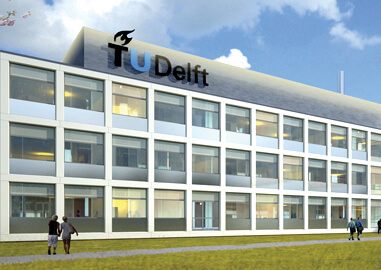 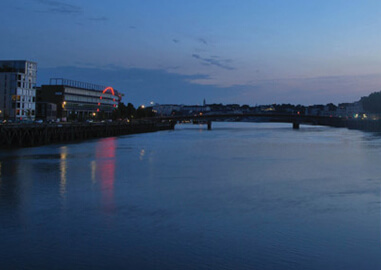