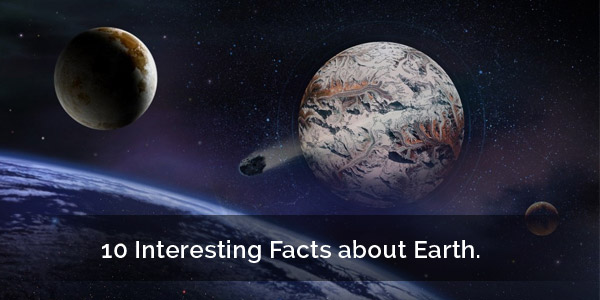 The history and dynamics of Earth have been intriguing people for centuries. How it came into being and how the life started on this planet is still a mystery with a few theories trying to explain these phenomena. Named after a Greek or Roman deity, it is the third planet from the Sun. It is also the largest known terrestrial planet and supports life in our solar system. According to an estimation, Earth is 4.54 billion years old.

There are many interesting and unique phenomena and facts about earths. Let’s have a look at them:

The Earth’s Rotation is Slowing Down:

We all know that our planet is rotating around the Sun in its orbit. What is interesting to note here, is that the rate of speed at which it is rotating is decreasing. However, the slowing down is so imperceptible that we don’t feel it and it will take about another 140 million years before the day becomes 25 hours long. It is as slow as 17 milliseconds per hundred years. The rate of its deceleration is however not uniform.

Oceans cover almost 71% of the total area of our planet. It is believed that the oceans have almost 70 million tons of gold in them. Humans have explored only 10% of the oceans and waters of our Earth. About 99% of the living space on our planet is represented by water (oceans). Out of all this water, only 3% is fresh and rest of the 97% is salty.

The Earth was considered to be the Centre:

Before Copernicus postulated that Sun is at the center and all the planets revolve around it, the ancient scientists believed that the Earth is static and the Sun, the Moon and all other celestial bodies revolve around it.

The Magnetic Field of Earth:

The concept of gravity is very intriguing. We all understand what is gravity, but what is interesting to note is that the gravity changes across the surface of the Earth. This is due to the equatorial bulge that impacts the uniformity of the gravitational pull. As the bulge creates different distances to the center point, the gravitational force differs in different regions. It is due to this reason that at the poles you weigh 0.5 kg more than your normal weight.

Shape of the Earth:

The shape of the Earth is said to be spherical. However, the latest research proves that the Earth is not a perfect sphere. It is in fact an oblate spheroid. This is due to the equatorial bulge. Equatorial bulge is referred to as the difference between the distances of equator and the poles from the center of earth.

One of the most interesting features of our planet is its amazing atmosphere. Our atmosphere contains five layers. About 75% of the atmosphere is in the lowest layer also known as the troposphere, which impacts the weather conditions. The higher you go, the thinner the atmosphere becomes.

It is also responsible for the auroras—the beautiful displays of light. This happens when the solar wind particles hit nitrogen atoms in the upper layer of the Earth’s atmosphere. When the nitrogen atoms are excited, they cause Red and Blue color, while green and orange/brown colors are caused by the excitation of oxygen atoms.

The softest mineral found on our planet Earth is Talc. It is used in making talcum powder, glaze in ceramics and as filler in making papers.

Tectonic plates of the Earth play an important role in maintaining our planet’s carbon balance which consequently helps the flourishing of life on Earth. When these plates collide with each other, they cause earthquakes, formation of mountains and much more.

Our Earth is full of many interesting and intriguing marvels. A lot of research has been done for centuries upon these wonders and still much remains unexplored and untapped. This is an ongoing process and as more research is conducted, we will discover more and more about our planet and solar system. 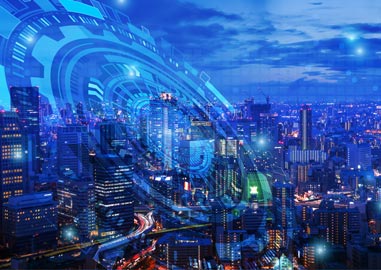